Affect Your Health With the Placebo Effect 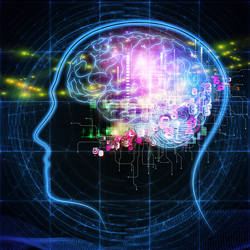 What is the Placebo Effect?

Basically, the placebo effect is a person’s psychological response to “fake” treatment or medication.

For example, a person who thinks he or she is taking a stimulant like caffeine (but is not) may believe so strongly in the effects of the drug that there is an actual rise in heart rate or blood pressure.

Doctors continue to conduct studies on this phenomenon to improve modern medicine.

Recent Studies on the Placebo Effect
One Harvard study reported that patients who received placebo medication for migraines felt pain relief, even when they were told they were receiving placebo beforehand.

In a study testing placebo in knee surgery patients, those who received nothing but anesthesia and a small incision in the knee reported feeling less pain than before the “surgery” – even though surgery was not actually performed.

Alternatively, another study treated patients with placebo pills, after which many of them reported intensely negative side effects. (The pills were made of cornstarch.) Patients in the same study who were given placebo acupuncture treatments reported positive side effects. Neither group had actually received legitimate treatment.

The Power of the Mind
These studies and more reveal the extreme power of positive psychology. Healing can happen even at the simple idea of treatment, via medicine or therapy.

Imagine the added benefit of someone with positive thinking – not only do they have the mental power to boost their own health in some cases, they also possess added positive energy to the equation.

Do Natural Remedies Work?
Whether because of the chemical composition of the remedy or the belief in its effectiveness, we’ve all witnessed healing through natural remedies.

Considered to be part of the family of natural remedies, IonLoop silicone negative ion bracelets have been praised for their effectiveness in the improvement of health and relief of pain.

Your Thoughts on the Placebo Effect
We are curious what you think about the phenomenon and the power of the mind to heal. Send us an email or comment and let us know!