Unveiling the Mystery of Negative Ions 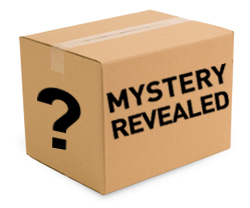 The Back Story of Negative Ion Therapy

Negative ion therapy was discovered around 1996, according to an article in the American Psychological Association.

A group of scientists used a negative ion device as a placebo control against light therapy being offered to sufferers of Seasonal Affective Disorder.

These subjects were fitted with a negative ion wristband to maximize exposure.

Scientists discovered subjects were (surprisingly) responding as well to high doses of ion therapy as they were to light therapy.

The Natural Occurrence of Negative Ions
Negative ions are often found in higher concentrations in nature – in waterfalls, during storms, in the mountains, near beaches.

Conversely, the air is positively charged in energy-sapping environments like offices and homes where there are high concentrations of blue light-emitting computers and televisions, with heavily conditioned air.

Benefits of Negative Ions
Research has shown that negative ions increase the flow of oxygen to the brain, resulting in more mental energy.

Scientists also have linked negative ions to pain relief, as in one case hospital patients were exposed to high doses of negative ions and were subsequently in need of less healing time and pain medication.

How IonLoop Uses Negative Ion Wristbands for Health
While IonLoop makes no medical claims about the positive effects of negative ions, we have seen repeated cases of clients who report shortened recovery time from injury; athletic improvement; increased energy; and higher levels of focus.

Popular with tennis players, golfers and other athletes, IonLoop negative ion bracelets contain the negative ion-producing mineral tourmaline and are thought to counteract the harmful effects of positive ions.