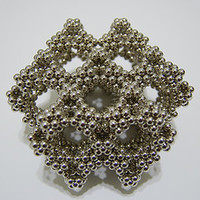 The use of magnetic fields for clinical purposes dates back to the 16th century when a Swiss physician, Paracelsus, used lodestones to treat a series of ailments. The use of magnets for clinical treatments was also documented throughout the centuries in different parts of the world to treat whole spectrum of illnesses such as headaches, inflammation of the bowels, rheumatism, gout, and toothache.

Then, during the 1970’s, pulse magnetic therapy emerged in the U.S. Also according to the Health Reports article, “a specialist group beneath Dr. Bassett labored to create Pulsed Electromagnetic Field Therapy (PEMFT) or Pulse Magnetic Therapy (PMT).” Pulse magnetic therapy was initially created to assist on the treatment of bone fractures due to evidence that electric fields promoted bone growth.

We have come across a video on YouTube where Dr. Manny Alvarez of Fox News Health goes to a foot surgeon to test the effectiveness of pulse magnetic therapy in the treatment of his heel pain. After only one treatment, Alavarez reported his pain going from “an 8 to a 4.” Watch the whole story here:

The Science Behind Negative Ion Therapy

The truth is, therapy involving negative ions isn’t a new thing. For nearly 100 years, scientists have been interested in the effects of ions. Therapy typically involves a patient being placed next to a negative ion generating device for a certain amount of time. Because negative ions may have beneficial effects on mental illness, it’s believed that by sitting next to one of these devices you can be treated for depression or seasonal affective disorder. Another option for people who don’t wish to be restricted to sitting next to an ionizer is an IonLoop band. IonLoop bracelets generate negative ions on the go, thanks to powerful minerals found within the bracelet.