​Golf Encounters the Need for Speed 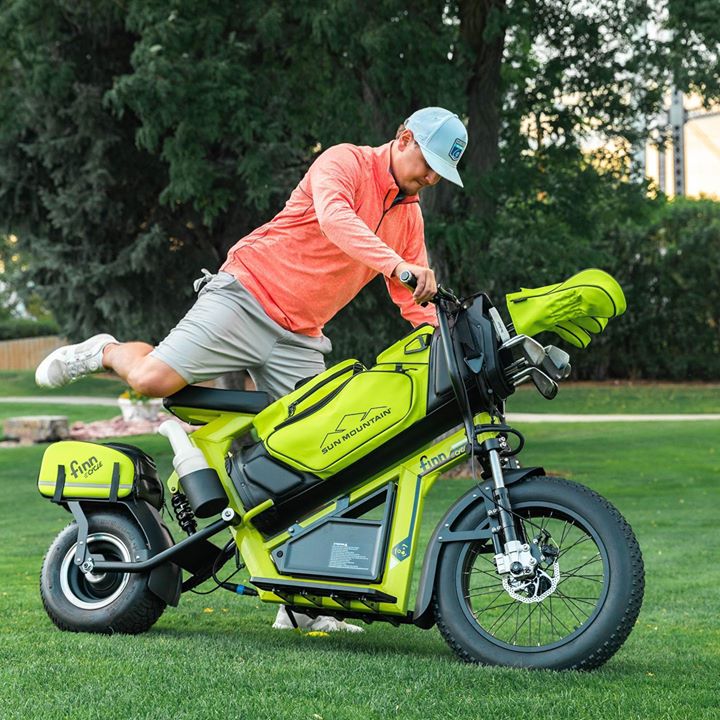 For as much as it has taken away, the COVID-19 pandemic has also presented some unique opportunities. Meet the Finn Cycle -- an electric bike that can also caddy and cut down the typical time required to play a round.

Shaking Up the Game

Given that interest in playing golf has increased sharply these past several months, due to the fact that one can swing a club while maintaining social distance, it should come as no surprise that certain innovators have zeroed in on their chance to change the game. Rick Reimers, CEO of Sun Mountain Sports, is one such forward-thinker: “The inspiration for Finn is the desire to play a faster round of golf. Riding Finn is invigorating and sporty while encouraging ready golf.”

According to Reimers, “Golf is too slow and too boring, and it needs to change.” The biggest change, perhaps, is the fact that the Finn Cycle makes it possible to play 18 holes in under two hours, compared to the typical four.

We’ve got a few finer points to share about the Finn Cycle and we want to know what you think and whether you’d swap a golf cart for a Finn Cycle -- and a faster game.

Depending on who you ask, the Finn Cycle is the right response to some of the rule changes resulting from COVID-19, specifically, the one that stipulates one golfer per golf cart. A one-person ride, the Finn Cycle, operated by a lithium battery, weighs a mere 92 pounds, sparing the green from the wear and tear generally associated with traditional golf carts.

When it comes to looks, the Finn Cycle is similar in spirit only to a motorcycle. As writer Michael Croley reports, “With a top speed of 15 mph, it feels as much like a motorcycle as a golf cart does a Ferrari.”

Even so, Matt Ginella at The Golf Channel claims the Finn Cycle is “One of the coolest rides I’ve ever been on,” while Golf Digest Editors’ Choice named it 2019’s Best Club Alternative Transport.