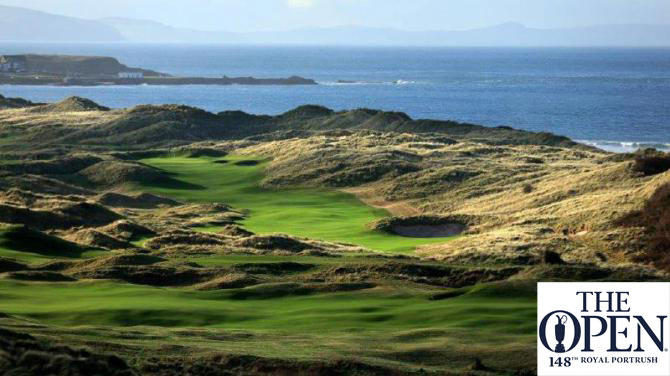 Exciting news from across the pond as the 2019 British Open returns to Northern Ireland’s famed Royal Portrush to mark the 148th year of this international championship. It has been 68 years since the Open featured on the challenging Dunluce Links at Portrush, characterized by consistent shifts in elevation and direction.

From July 18-21, professional golfers of international renown will compete for the Claret Jug, with a savvy few sporting IonLoop negative ion bracelets and magnet bracelets. Part of the fun will be watching closely to see who takes the edge on the green with negative ion technology.

IonLoop and Portrush = A Perfect Pair

The landscape surrounding the Royal Portrush Golf Club is absolutely stunning, characterized by rich green hills and white cliffs that drop into the sparkling waters of the Atlantic Ocean. At Portrush, players and spectators alike are surrounded by the best of nature’s bounty, which means they are awash in negative ions.

Embraced for their reported therapeutic benefits, negative ions provide a critical counterbalance to the positive ion exposure most people encounter on a regular basis. Whether from the sun’s UV rays or the abundance of electronics that feature in our daily lives, research points to positive ions as problematic to physical and psychological well-being.

A foray into the natural environment, especially one near a considerable water source such as the Atlantic Ocean, delivers mood-boosting negative ions, touted for their ability to reduce stress, enhance energy, and increase stores of serotonin.

Great news for the pros and the record-number of attendees to this year’s British Open. According to the Royal Portrush Golf Club, “This year ticket sales of 190,000 have sold out for the first time in the history of the event, and it is estimated there will be a global television audience of 600 million.”