IonThins For a New Fourth of July Tradition 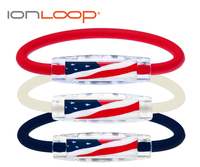 Summer is such a fun time of year. School’s out, vacations are in, and it’s time to celebrate one of our favorite American holidays - the Fourth of July. American Independence Day has been celebrated on the 4th day of July since it all began in 1776, although it only became an official federal holiday in 1941.

Along with the date, other traditions also go back to the American Revolution, like parades and fireworks displays. On July 2nd, the Continental Congress voted in favor of independence, and two days later, when the Declaration of Independence was signed, Philadelphians celebrated with the ringing of bells, and the lighting fireworks, rockets, and bonfires.

It is said that John Adams had always envisioned a great and visible commemoration of American independence to include “pomp and parade” which he outlined in a letter to his wife the even before the document was signed. In fact, he at first believed the event would be celebrated on July 2nd; however the 4th has always been celebrated as the official date of adoption of the Declaration of Independence. Another interesting fact – John Adams and Thomas Jefferson both died on July 4th, 1826. Coincidence abounds!

Of course, there are other, newer traditions that remain just as familiar. Over the past 75 years or so, the Fourth of July has become synonymous with backyard BBQ’s, neighborhood parties, flying the American flag, buying fireworks, and for many, a day off of work.

Whether you’re entertaining at home or a neighborhood gathering, the Fourth is a great chance to get outside and soak up the warmer weather. Hopefully you’ll be enjoying some down time with family and friends while wearing your IonLoop magnetic bracelet, or better yet, get out to a lake or other body of water where you can take in some of those beneficial and naturally occurring negative ions.

We have plenty of July 4th gear for whatever your holiday plans, plus to help spice up the party for all involved. A 3-pack of IonThins in red, white, and blue free with your purchase. American flag and other patriotic designs are also on available!

Perhaps you’ll take in a fireworks show in many beautiful colors, and think back to the first Fourth of July celebration that our founding fathers fought so hard to achieve. Or fire off some of your own (where legal of course). However you spend your Fourth of July holiday, we at IonLoop hope wish you a safe and happy weekend!