Learn About The History of Magnets 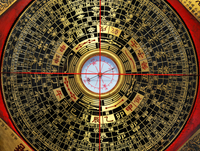 Magnets are by definition “bodies having the property of attracting iron and producing a magnetic field external to themselves.” The atoms that form magnets contain unpaired electrons filling their orbits, causing them to attract materials that have the same characteristic. The unique features of magnets have led people across the ages to investigate them and find the best use for their powers.

Greek philosopher Thales of Miletus is reported to have written the oldest reference to magnets in 600 B.C. He noticed that lodestones could attract iron, which was perceived as a magical characteristic of the stone.

It is commonly thought magnets were first used to build compasses, however a Chinese book of the IV Century B.C.E. called “Book of the Devil Valley Master” documents the knowledge this ancient civilization had about magnetic power.

According to the Magnet Lab, an organization jointly operated for the National Science Foundation by Florida State University, the University of Florida and Los Alamos National Laboratory, ancient Chinese did not use magnets for navigation. Lodestones were used to harmonize their environments and their lives, a practice that is widely known in today’s western civilization as part of feng-shui.

Centuries after they were first discovered magnets have gained popularity in Europe and the USA. In the 15th century a Swiss physician, Paracelsus, recognized the therapeutic powers of magnets. He wrote medical papers on the influence of magnets on the inflammatory process within the body.

Today magnetic bracelets are thought to have therapeutic value because of their possible influence over blood flow at the wrist arteries. It is thought that the magnetism emitting from the bracelet increases electrical conductivity of the blood and increases the amount of ions (atoms that carry a charge of electricity). Many people believe in the beneficial effect that magnets have on their body.


The Benefits of Using an Ionic Band

Ionic bands have may purported benefits – from cleansing surround air quality to alleviating inflammation. But are these claims true or are they fabricated lies? First, it’s important to understand that the primary mechanism of action is through negative ions – not necessarily the wristband itself. Many scientific studies have shown that negative ions may have a biological effect on the human body as well as an air purifying ability. It has also been found that by applying certain ion generating material in a bracelet, wearers of these wristbands may be able to obtain the benefits of negative ions.