Salt Caves: A Cool Little Room That Might Help You Breath Better 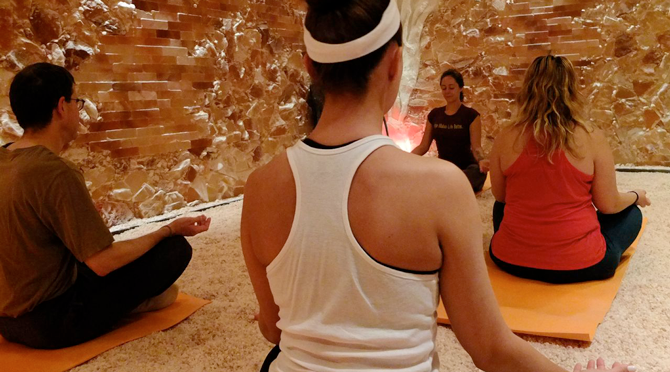 Ever heard of a salt cave? If you haven’t, don’t worry, very few people are aware of what it is!

Salts caves are simply manmade caves that are built with large amounts of Himalayan pink sea salt – often tons of it. Another name for it is halotherapy and despite being relatively unheard of, it’s not a new practice.

Records dating as far back as the year 1200 that this form of therapy was used as a treatment for a variety of health conditions. And it makes sense, given that salt has been revered throughout most of human history.

But what exactly can these caves do for your own health?

Chilling in a Salt Cave

If you’ve never been inside a salt cave before, you’ll be in for quite a treat if you ever decide to visit one. Not only do they look majestic, they’re incredibly relaxing to sit in.

While most sessions appear to run between $20 to $40 for half an hour, this can quickly add up to hundreds of dollars a month – especially if you bring along family or friends. Yet, despite the cost, these caves are frequently booked days at a time, so what makes them so popular?

Besides relaxation, it’s believed that these caves might have other benefits thanks to the release of negative ions in the room. Negative ions are small molecules that can be absorbed by the human body and may have a positive influence on the human body.

Negative ions have even shown promise in the treatment of seasonal depression!

When looking through salt cave testimonials, it’s easy to see how many people love these caves. In fact, there’s no shortage of glowing reviews from individuals who’ve reported an improvement in their asthma, mood, and more.

In areas of dense plant life, the concentrations of negative ions tend to be much higher than what’s found in a congested city area.

Waterfalls are a great source of beneficial ions. Fortunately, you don’t have to stand near Niagara Falls to reap the benefits of negative ions. Any type of falling water works well, whether it’s a heavy rain or simply taking a shower.

Ions are formed when waves crash into rocks or the sand. Just a few minutes out near the beach and you’ll get a massive dosage of mood-enhancing ions.

If you’re always on the go and aren’t fortunate enough to have frequent access to the outdoors, then a negative ion wristband might be the next best option. These wristbands are crafted with a special combination of minerals that generate negative ions around the wearer.

Regardless of whether you’re relaxing in a salt cave, hiking through a forest, or sitting in your office with a therapy bracelet, the evidence is quite clear – everyone could use some negative ions in their life.