Where did Daylight Saving Time come from? 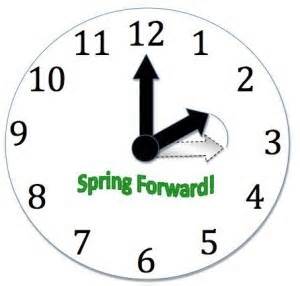 This weekend we turn forward our IonTime watches one hour, ever wonder where this tradition started…read on

The main idea behind Daylight Saving Time (DST) is to allow people and businesses to utilize daylight more effectively. More specifically, turning the clocks back in the fall and ahead in the spring helps to conserve energy.

According to many historians, the original idea for DST originated with none other than Ben Franklin, who was known for his colorful and often practical ideas in the realms of science and public policy.

In 1784, as he approached the end of his term as an American delegate in Paris, Franklin penned "An Economical Project," a discourse on the merits of natural versus artificial lighting. He included several humorous laws or ideas that the city of Paris could enact to conserve energy and make better use of daylight.

Others adopted the idea in Britain and this was the first country to put DST into effect starting in 1840 with London railroads. By 1855 a large majority of Britain`s clocks were set to DST.
Much later, the U.S. government created a law putting daylight saving time in effect during World War I and World War II. Between 1945 and 1966, however, there was no U.S. law to enforce daylight saving time.

However, by 1966 daylight saving time was in use by over 100 million Americans due to local laws and customs. Many of these individuals were farmers, who felt their productivity benefited from the extra daylight in the evening during the spring and summer.
In 1966, the Uniform Time Act was passed, setting up a system of uniform (within each time zone) Daylight Saving Time throughout the U.S. and its territories.

Then, for the first time in 20 years, the rules for Daylight Saving Time changed. The Energy Policy Act of 2005 extended the length of daylight saving time to help generate energy savings. The policy first took effect on March 11, 2007. Essentially the thinking was extending daylight saving time by one month (beginning at 2 a.m. on the second Sunday of March to the first Sunday in November) would help reduce electric consumption by 1% with daylight extending one hour later in the day.

In the U.S. the clocks are always turned back in mid-autumn and turned forward in early spring.
Many other countries use daylight saving time as well, including all of Europe, Australia, New Zealand, Brazil, Chile, Israel and Egypt. In the southern hemisphere countries like Australia, Brazil and Chile, the dates are reversed because their seasons are the opposite of the northern hemisphere`s. Thus clocks are turned back in March or April and forward in September or October.