An Inspirational Story of Weight Loss and Determination 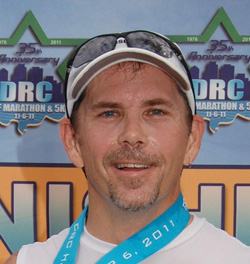 The IonLoop team was really excited to be part of the White Rock Marathon Expo 2011 where we had the chance to talk to runners (and non-runners as well) about our ion bracelets. One particular runner; Jerome Merlau shared with us an inspirational story as he selected a Courage bracelet off the display.

He said: “This is the one that speaks to me!” and this comment intrigued Melissa Gotfredson, IonLoop’s CEO, who asked him why this bracelet had meaning to him. Jerome than began to share his inspirational story of courage, determination, and accomplishments. Amongst the huge crowd inside the Automobile Building at Fair Park, in Dallas, Jerome and his journey stood out and touched us all, as the team gathered to listen. For this reason, we decided to share his inspirational story in hopes that it will touch the lives of other people, as it did ours.

After being a fit young man, Jerome got an office job and became more and more sedentary. According to him, “Sitting behind a desk got easier and easier. It also got easier to sit on my chair at home and do nothing.” After losing his mother in 2001, Jerome’s sedentary lifestyle was combined with unhealthy eating habits as he ate away his grief.

He started to gain a great

He thought about his wife, his two young daughters, and how they deserved a husband and a father that was an active participant of their lives. As you will see on the video that Jerome shared with us, he started just by practicing portion control and walking every day. As he felt better and stronger, he moved to the elliptical machine and maintained the changes to his diet without starving himself, “I had a healthy breakfast and a good lunch that I kept varied between salad, soup or sandwiches most days,” says Jerome.deal of weight, quickly reaching 264 pounds. Jerome’s outside image was a reflection of how he felt inside and it all came to a screeching halt when he saw a picture he had taken for his security badge

at work. Jerome decided to take his life back right then and there and that’s where his inspirational story begins.

Soon he was into running and high-impact intensity workouts! According to him, running became a time for time for reflection, prayer, anger management, and problem solving. He even tried adding DVD workouts to his routine which caused him to develop a serious sports hernia. So, you see, this inspirational story is not without obstacles. Jerome underwent surgery which slowed him down for the 14 weeks of recovery time. It may have slowed him down, but it didn’t break him up!
Jerome was back to his path of success as soon as he could and only a year after he decided to take his life back, reached the 100 pound loss mark. Amazing! “Time, hard work, and determination were the tools that got me here,” says this inspirational figure.

Jerome Merlau ran the White Rock Marathon on December 4, 2011 and added yet another victory to his list of accomplishments. The day before the marathon was when we had the pleasure to meet Jerome. When he picked that courage bracelet off the display, he knew that the simple word “courage” epitomized his journey and that it would be a great reminder of his value as he ran the 26.2 miles to finish the race. 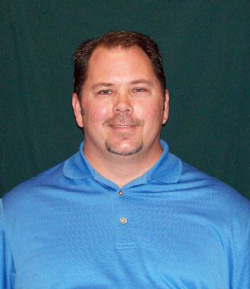 How to Find the Most Effective Magnetic Bracelets

If you’re in the market for a high quality magnetic bracelet then you might be a little overwhelmed with all the options available to buy. With so many choices, how can you tell which one is the best? Fortunately, we’re here to put an end to the guesswork. IonLoop uses only the most potent magnets in their bracelets. Plus, all our magnets are tested using a gauss meter to ensure they’re therapeutically active. Few other brands can say the same. If you’re looking for only the most reliable and effective magnetic jewelry, buy an IonLoop today.