Magnetic Therapy for Tinnitus and Depression 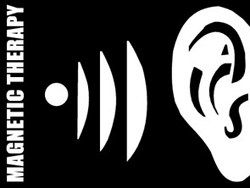 Medical research continuously seeks to investigate the health benefits of magnetic therapy. While this type of treatment has been widely used by Eastern medicine for centuries, modern research is only at its infancy when it comes to taking advantage of such knowledge. Nevertheless, new studies continue to emerge and validate the power of magnetic therapy and magnets for health.

The Loyola University Medical Center in Proviso, IL, is currently studying the effectiveness of Transcranial Magnetic Stimulation (TMS) for the treatment of tinnitus. For us laymen out there; tinnitus is the perception of sound within the human ear in the absence of corresponding external sound. TMS is a depression treatment that has been approved by the Food and Drug administration in 2008. The close association between the two conditions has led researchers to investigate the use of TMS for tinnitus.

Other studies have suggested the beneficial effects of TMS on tinnitus symptoms; however, the Loyola University is the first to specifically look into patients that have both tinnitus and depression.

The Mayo Clinic website defines TMS as “a procedure that uses magnetic fields to stimulate nerve cells in the brain to improve symptoms of depression.” During the treatment, a magnetic coil is placed on the left-side of the patient’s skull and it releases short pulses of magnetic fields to the external part of the brain. The stimulation of nerve cells incurred by this process positively affects parts of the brain that regulate moods and patients experience improvement of their depression symptoms.

So what does this all mean to me? New studies emerge everyday evidencing the real and beneficial effects of magnets for health...finally! IonLoop negative ion +magnet bracelets offer an easy and affordable way to introduce the benefit of magnet therapy in your daily life. Join the thousands of active believers throughout the world who are proactive about improving how they feel each and every day.

According to researchers, air pollution is becoming a growing concern. With tens of thousands of harmful chemicals found in the air, air purification is more important than ever. One clever way people can have air purification on the go is through the use of negative ion products. These molecules are believed to have the potential to cleanse toxins from the surrounding air. Typically, they can be generated through the use of a large device, but one special mineral known as tourmaline can also generate ions. At IonLoop, we craft special ionic wristbands with tourmaline inside.