Why Your Body Doesn’t Want to Exercise in the Winter… We got the Answer! 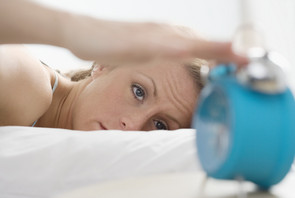 Better yet, why doesn’t your body want to do anything other than sleep and eat in the winter? Why is it so hard to stay motivated at the time you need it the most? The post-holiday season period requires extra work as our bodies recover from all the extra calories we acquired. Still, sometimes it feels like a monstrous task to leave the comfort of our beds and face the road.

As in most things, science can begin to explain why it takes military discipline to stay active between the months of December and March. Studies suggest that the culprit could be a hormone called Melatonin which helps regulate our bodies timing, our circadian rhythm – our internal clock. Melatonin sets the tone of our circadian rhythm, playing a major role on when it’s time to sleep and to wake up. In other words, when it is dark, the body produces more melatonin; when it is light, the production of melatonin falls.

At night time, our melatonin levels rise, causing low energy and sleepiness which gets us ready for a restful night sleep. During the day, these levels drop and we’re once again ready to face the day with renewed energy. The problem is that once daylight savings end in early-November and throughout the winter months, we are less exposed to sunlight causing our melatonin patterns to change… for the worst!

Many people feel less energetic and unmotivated with the cold weather. Actually, an article on Psychology Today reports that the end of daylight hours has a negative impact in the mood and energy levels of roughly 60 million Americans. To make matters worts, the famous winter blues are often associated with craving sweet foods which makes it even more important to exercise!

So, we were able to clearly understand the reasons why we feel the way we do in the winter. Now, empowered by this information, we can focus in reverting the effects of the season on our bodies and our lives! More than ever, we have reasons to get out there and walk, run, golf, cycle….

Here are some great reasons why YOU MUST get out there and stay active no matter how cold it is:


Balance Your Mind and Body with Magnetic Therapy

Feeling a little under the weather? It could be your body’s natural magnetic field. In the 1900s, scientists discovered that all living organisms possess an electromagnetic field around them. While it’s not well understood how it works, external sources can negatively impact it. This is particularly true if you’re around cell phones, televisions, and other devices that emit EMF. In these cases, alternative health practitioners frequently recommend their patients wear EMF blocking devices or undergo therapy with magnets – a process designed to “correct” imbalanced energy flows. Some individuals even wear wristbands with magnetic technology for therapy on the go!