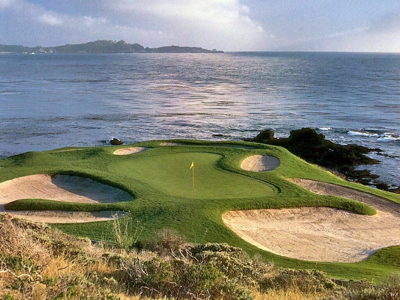 2015 marks the 100th season of the PGA tour, and with the British Open just behind us and the PGA Championship approaching, we thought it would be fun to fantasize about some of the U.S.A.’s best-rated and most impressive golf courses.

About the Ranking
Since 1966, Golf Digest Magazine has published its annual ranking of America’s 100 Greatest Golf Courses, dubbed “the game’s oldest ranking”. A team of panelists plays and scores courses based upon seven criteria: shot values, resistance to scoring, design variety, aesthetics, memorability, conditioning, and ambience. Read more about the methodology here.

And the Winners are…

These are a few of our favorites from 2015’s picks.

Place 1. AUGUSTA NATIONAL G.C. – Augusta, GA - As home of the annual Masters Tournament since 1934, it’s no surprise that this course remains so competitive, taking first place this year and second in 2014. The constant maintenance and tinkering required to host the Masters keeps things interesting, not to mention the number of legendary players who’ve taken the green here.

Place 7. PEBBLE BEACH G. LINKS – Pebble Beach, CA -With nine holes perched immediately above the crashing Pacific surf -- the fourth through 10th, plus the 17th and 18th – not to mention high bluffs and hidden ocean coves, this California course makes for some incredibly memorable views (and shots)!

Place 20. THE OCEAN COURSE - Kiawah Island, SC - This course was designed by Pete Dye specifically for the 1991 Ryder Cup, and was certainly devised with a challenge in mind. The manufactured island off South Carolina is filled with sawgrass, lagoons, fierce coastal winds, and precariously placed dunes and slopes galore. Perhaps its only respite, the Atlantic surf is visible from many of the course’s fairways and greens.

You can peruse the full ranking here. We hope you’re playing the best courses soon, and wearing your best sports bracelet for optimum performance.

Professional golfers have been spotted wearing magnetic wristbands during play before, so why not try out a sports bracelet when wanting to take your golf game to the next level?