Boost Your Immunity Against Seasonal Sickness with Negative Ions 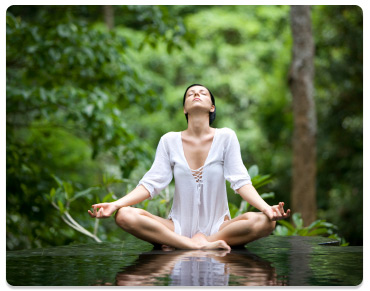 As fall faded away, most of us were quickly swept up in the holiday hustle and bustle, eager for time spent with family, away from work, and in celebration of the season. Unfortunately, the winter season means more than just the holidays and good cheer. Winter is also the season of colds and flu, from which few of us manage to escape.

But, you can boost your immunity against seasonal sickness by practicing some common sense strategies like getting enough rest, staying hydrated, eating well, and washing your hands effectively and often. Now, you also can give your immune system an extra edge, thanks to negative ions.

The Seasonal Need for Negative Ions

Although we need negative ions, year-round, the winter season presents an added urgency. With the flu, colds, and viruses running rampant, giving your immune system an added boost is your best bet.

Not familiar with negative ions?

You are. You just don’t realize it.

Negative ions occur in nature, and are easily found at the beach, in the mountains, even during a downpour. According to current research, negative ions increase levels of serotonin in the human brain; thereby elevating feelings of peace and well-being. Some studies even suggest that negative ions reduce symptoms of depression and anxiety.

But, how does this influence your immune system, especially against seasonal sickness?

We know that negative ions have been shown to reduce feelings of stress, anxiety, and depression. Since stress can wear down the body, leaving it susceptible to illness and injury, which taxes your body’s immune system, reducing stress is a good start at protecting your immunity.

According to Nutrition Review, The Positive Health Benefits of Negative Ions:

“Negative ions have long been attributed to improvements in mood and physical health. Research supports the view that negative ions have a net positive effect on health, including improved mood, stabilized catecholamine regulation and circadian rhythm, enhanced recovery from physical exertion and protection from positive ion-related stress and exhaustion disorders.”

So, how can you access negative ions on a regular basis, regardless of weather or season? Simply by relying on negative ion technology, which is as easy as slipping on a negative ion bracelet.

Rather than run outside after every rainstorm, or try to convince your boss that you can work with your toes in the sand in order to get a regular dose of negative ions, IonLoop created ion bracelets. Connecting you to a source of negative ions embedded in every ion bracelet called tourmaline, IonLoop’s accessories are stylish, comfortable, and even waterproof -- the ideal accessory to wear every day for added negative ion exposure.