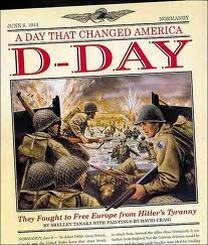 Today marks the 74th anniversary of D-Day, the Allied Invasion of the French coast during World War II; a pivotal moment that, arguably, shifted the tides toward Allied victory over the Axis powers of Germany, Italy, and Japan. While the importance of this event and the sacrifices central to it cannot be overstated, at IonLoop, we believe such sacrifice and valor should be recognized every day. Granted, Memorial Day is dedicated to the remembrance of those who have fallen in the line of service, and the entire month of May was officially deemed National Military Appreciation Month in 1999.

Why May for Military Appreciation Month?

In addition to Memorial Day, “May was chosen because it has many individual days marked to note our military's achievements, including Loyalty Day, established in 1921, Victory in Europe (VE) Day commemorating the end of WWII in Europe in 1945, Children of Fallen Patriots Day and the anniversary of the death of Osama bin Laden.”

According to Military.com, “On Aug. 31, 1949, Defense Secretary Louis Johnson announced the creation of an Armed Forces Day to replace separate Army, Navy and Air Force Days. The single-day celebration stemmed from the unification of the armed forces under one agency -- the Department of Defense.”

In other words, attempts to officially recognize and appreciate American military efforts are as rooted in history as the efforts themselves, ever-evolving to represent the latest victory and commemorate the sacrifice required to realize it.

A simpler way to recognize, remember, and reflect gratitude for our servicemen and women is at hand. At IonLoop, we’ve designed a range of Military Series magnet and negative ion bracelets, customized to specific branches of the military: Air Force, Army, Coast Guard, Marines, and Navy.

Manufactured from medical grade silicone, the bracelet band is infused with negative ions, along with 1,500 Gauss epoxy coated magnets contained within the Polycarbonate case at the center of the bracelet. For those who prefer to spend more of their time near the shore than the suburbs, the Military Series bracelets are waterproof and durable enough to hold up against everyday wear.

Proudly made in the USA, IonLoop Military Series bracelets are a bold way to represent your own service and sacrifice, remember that of others, and remind others of those still serving, both at home and abroad.