Ionic Bands and the Science Behind Tourmaline 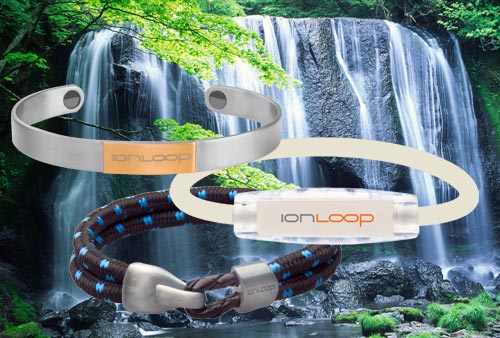 Whether you’re been following the alternative health field for awhile now or you’ve stumbled upon someone advertising ionic bands, you might be wondering how do negative ion bracelets work. To understand the benefits of ion wristbands, first we need to take a look at negative ions themselves.

Negative ions are naturally generated in nature when an atom loses or gains a charge. How does an atom become negatively charged? Typically, it happens through force, like when raindrops hit the ground. Here are a few areas where high concentrations of negative ions can be found:

Why You Should Surround Yourself with Negative Ions

Scientific studies have shown that negative ions may help improve your mood. Plus, these little ions also have the potential to purify surrounding air quality, eliminating harmful toxins one by one.

Unfortunately, most people don’t live in a forest and visiting the beach everyday isn’t possible for many of us. To make matters worse, positive ions are found in significantly high quantities throughout cities and buildings.

Unlike their beneficial counterpart, positive ions are actually harmful to your health. Their positive charge carries numerous pollutants and hazardous chemicals that have been shown to impair brain function.

So if you live in a city or aren’t able to fly out to a beach every day, how do you make sure you’re getting a healthy dosage of negative ions?

One potential way to enjoy the benefits of negative ions at home is to purchase an ion generator or air ionizer. An ion generator is a device that uses electricity to generate ions. You can also sometimes find an ionizer on some air purifiers and fans.

Besides nature and ion generating devices, negative ions can be generated by a mineral known as tourmaline. Tourmaline is a fascinating and beautiful gemstone that’s capable of emitting negative ions through an electrical charge. When placed inside of an energy wristband along with other minerals, tourmaline can surround the wearer with negative ions.

At IonLoop, we don’t use any hazardous or toxic material in our bracelet. Plus, all our wristbands go through a rigorous safety testing process that’s considered best in the industry.