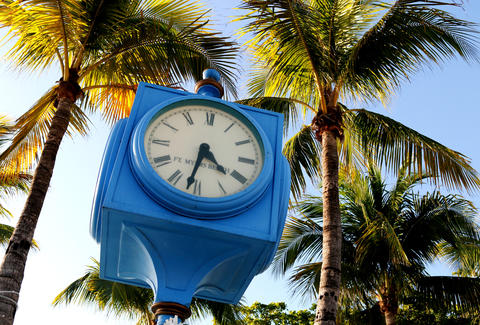 In order to understand Florida’s current position, you must first have an appreciation for how and why Daylight Saving Time started in the first place.

The Details of Daylight Saving Time

First of all, despite how some folks might say it, DST does not stand for Daylight Savings Time. Drop the s in “savings” and you will be among the few who correctly communicate about this historical event aimed at energy-efficiency.

First begun by Benjamin Franklin, the effort behind Daylight Saving Time was to save energy. Franklin believed resetting the clocks during the summer months would allow people to make the most of a little more daylight as it extended into the evening, which would save them from using energy to light their homes and businesses. However, the official start of DST wouldn’t begin in the United States until 1918.

From there, it was abolished and then re-established by various U.S. presidents until 1966 when Congress passed the Uniform Time Act which established some ground rules, specifically start and end dates, for those states participating in DST.

That’s the short version. Speaking of participating states, here in the Sunshine State, our Senate and House have passed the Sunshine Protection Act, requesting that Congress exempt Florida from the Uniform Time Act. If Congress complies, that means Floridians would not have to set their clocks back an hour on the first Sunday in November and would, instead, stay in Daylight Saving Time all year long.

Keeping Time, Whether Saving Daylight or Not

No matter what happens with the Sunshine Protection Act, at IonLoop we know our customer base is built of busy people who have places to go and people to see, every day, regardless of the season. That’s why we are pleased to infuse innovative negative ion and magnet technology into our timepieces, like the IonTime and Carbon Fiber Sport smart watches.