What You Need to Know About Earthing 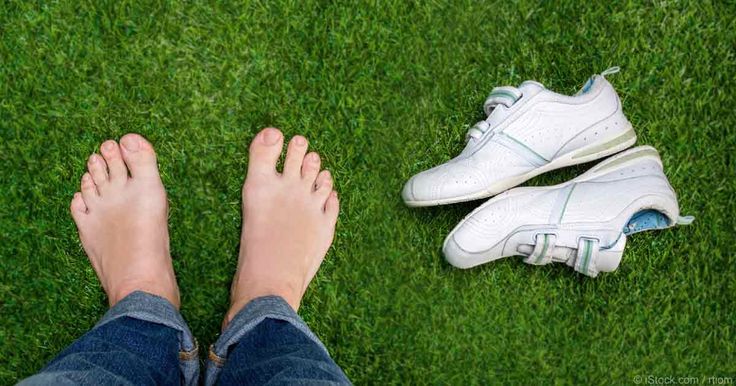 Walking outside without shoes might seem like a recipe for disaster to most people. But for proponents of a process known as “earthing”, it’s a way to connect with our planet’s natural energy.

For many people, walking outside without shoes is something that’s generally frowned upon.

The truth is, we’ve been walking barefoot for millions of years. Now, we’re the only living beings on the planet that cover our feet before walking on the ground.

Sure, shoes are pretty important in a modern world filled with concrete, glass, and other hazards just laying around on the ground. But what about walking barefoot occasionally?

Do you even remember the last time you felt grass on your feet?

Benefits of Negative Ions: Why You Should Try Going Barefoot

All life on the planet carries a certain electrical charge – even the earth itself. Some people believe that unnatural wavelengths of electricity like cellphones, televisions, and other electronics disrupt the human body’s own electrical field. Because the earth’s surface has a negative charge, it’s’ believed that you can absorb negative ions through your feet by walking on the ground barefoot.

While science has largely neglected the importance of electrical currents in the human body, there are studies showing that earthing may have the potential to reduce inflammation, promote a healthy stress response, reduce pain, and increase your energy.

Research involving the benefits of negative ions also seems to confirm what proponents of earthing claim it does.

For those who aren’t so keen on taking off their shoes, other sources of negative ions include beaches, forests, and ion bracelets.