How Positive Ions Can Negatively Affect Your Golf Swing 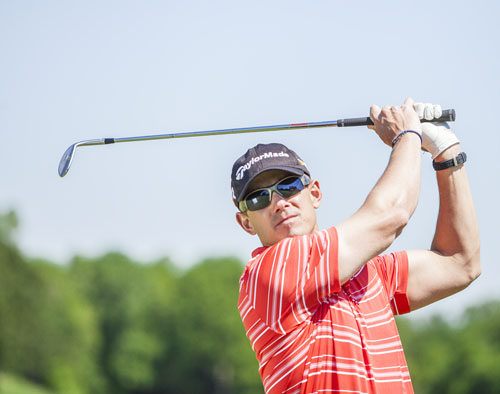 Ions are atomic molecules found everywhere in life — some places more than others — that carry the electrical charge responsible for whether or not you feel as if you’re in top form. There are two types of ions, positive and negative. Knowing the difference between them may be confusing for those unfamiliar with negative ion technology.

On the other hand, negative ions are generally produced in natural environments — the outdoors — which include “naturally-artificial” areas, such as parks or golf courses, for instance. These helpful,“feel good” molecules are the masterminds behind why you experience that ineffable “good vibe” emotion when spending time outdoors.

Swinging for the Fences

When you’re out there on the green don’t forget there is a wealth of negative ions all around, partly because of how far-removed most golf courses are from urban areas. But, for as many negative ions present on the course, there might be just as many, if not more, positive ions in the form of UV Rays from the sun to counter the effects of the negative ones. These harmful atoms can affect your golf swing by manifesting in the form of:

Due to the fact that people are prone to experience these possible symptoms of positive ion poisoning, regardless of location, it is always handy to have a backup source of negative ions so you can continue to rock those good vibes without interference from those nasty little positive ions.

BYOI: Bring Your Own Ions

You might be wondering how a tiny negative ion bracelet can produce an amount of negative ions comparable to a natural/naturally artificial source like the forests, rain, or even the golf course, but believe us when we say: There is a way.

Our negative ion bracelets are fortified with negative ion technology, thanks to the natural negative ion powerhouse, tourmaline. Contained within each IonLoop band, tourmaline is further strengthened with benefiticial elements like aluminum, iron, magnesium, soidum, lithium, and potassium.