Understand Ion Technology as a Possible Aid to Avoid the Flu 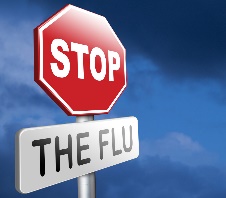 Nobody wants to risk getting a bad cold or flu this season. Getting sick not only feels lousy, but can also negatively impact your ability to work. Depending on what you do for a living, failure to report might start to put a strain on your finances. Despite folks lining up for the flu shot and signs plastered in public bathrooms about proper hand washing, the flu is alive and well. You need only turn on your local news program to see reports of overcrowded hospitals with new cases of flu ever on the rise.

So, what are some other options to help you avoid getting a cold - or worse, the flu? While we’re on the subject, what’s the difference between the two?

According to the Centers for Disease Control (CDC), “In general, the flu is worse than the common cold, and symptoms are more common and intense. Colds are usually milder than the flu. People with colds are more likely to have a runny or stuffy nose. Colds generally do not result in serious health problems, such as pneumonia, bacterial infections, or hospitalizations.”

Regardless of the differences in severity, neither one is a pleasant experience. Aside from getting a flu shot, developing expert hand-washing skills, and avoiding germs however possible, what else might help bolster your defenses against contagious illness?

Negative ions are a good idea…

Understanding the What, When, Where, Why, and How of Negative Ions

Before delving into ion technology, it’s smart to start with a basic understanding of ions. Though it might seem counterintuitive, negative ions are the ones you want. On the other hand, positive ions pose a risk. We get it - the flip in connotation between negative and positive is a little confusing at first. But, just remember - negative ions = good, positive ions = bad.

But, why? What makes negative ions necessary for optimal health?

A negative ion is an oxygen atom, featuring one extra electron, that naturally occurs in the environment, particularly near water sources. Research credits negative ions with an ability to combat germs because they clean airborne pathogens from the air.

Positive ions also exist all around us, with concentrations reported especially high around electronics. When you think of our modern reliance on all things cell phone, laptop, and screen, it’s not hard to imagine that most of us are overloaded with positive ions and need a healthy infusion of the negative variety.

But, what if I can’t get outside as much as I’d like? I need my laptop to make a living!

At IonLoop, we understand the demands of your day and have created an easy, comfortable, and fashionable way to take the negative ions you need with you, wherever you go. IonLoop leverages the ultimate in ion technology to create the best ion sports bracelets on today’s market.