Guard Yourself Against the Groundhog's Grim Prediction 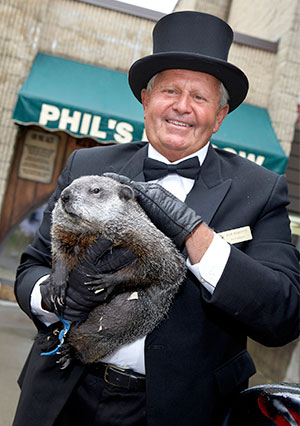 As always, or as it’s been done for the past 132 years, on February 2nd, Americans cast their eyes on Punxsutawney Phil and held their collective breath in hopes of banishing winter. For those of you not familiar with this bizarre tradition, allow us to explain. The story basically goes like this: the groundhog, aka Punxsutawney Phil, rouses himself from his winter slumber on February 2nd. Should he see his shadow, we can all anticipate another six weeks of winter. No shadow? Well, that just means spring, with its milder temps, is fast approaching.

Sure, six weeks can go by in a blink. But, when it comes to this furry forecaster, some folks are feeling more frazzled than usual. Why? Two dreaded words: flu season. The Associated Press was quick to jump on Phil’s prediction in its Groundhog Day Report, adding “It looks like Groundhog Day for the nation’s flu report, too: It’s gotten worse and there are weeks of suffering ahead.”

Whether or not you believe in folklore, like Groundhog Day, most of us do have a healthy fear of the flu and with good reason. While Punxsutawney Phil’s credentials are arguably questionable, the threat of flu season is grounded in fact.

So, how can you protect yourself?

Of course, there’s the usual handwashing and coughing into the crook of your elbow, and while those are good measures -- designed to protect both you and those around you -- they are not necessarily a match for this year’s flu season.

Why not think outside the box and stretch your imagination to consider some other, more innovative possibilities? For instance, IonLoop bracelets, fortified with negative ion technology. The beauty and benefit of negative ion technology is that it works with you, no matter the season. In a world loaded with harmful positive ions, the negative ions in IonLoop products are crucial to helping you achieve balance between the two in defense of your optimal health.

Positive ions pollute our surroundings, which have become dominated by electronics like computers, laptops, and cellphones. Negative ions, inherent in nature and natural water sources, help restore what our bodies and minds need to boost immunity and mental health.