Back to the Grindstone: How to Generate Negative Ions While at Work 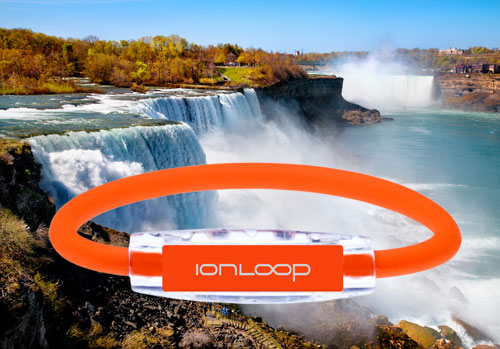 Negative ions, one of the most in-demand molecules for athletes and performance-perfectionists at every level, are electrically-charged atoms carrying the negative waves  responsible for creating good vibes — helping you feel like you’re on top of the world.

On the other side, positive ions, particles that occur in artificial surroundings in the same frequency as negative ions,  you should avoid and limit exposure to whenever possible. They are absorbed through the skin, and in turn, may lead to respiratory problems, not to mention mood changes ranging from depression to irritability, fatigue, as well as exhaustion.

Now that the  last long weekend of the summer has come and gone — although technically, summer doesn’t end until the 22nd — many of us face returning to work having lost our groove on the tail-end of the celebrations. This means that we tend to spend our time indoors at our jobs, which makes us prone to becoming  poisoned with negative ions, as many workplaces unintentionally promote generation of positive ions through air conditioning in closed environments and tight quarters.

We have to actively find ways to generate our own negative ions to combat the toxic negative ion-depleted environment of the workplace. But how? It’s not as if you can will negative ions into existence, right? Correct, but you can make it easier for negative ions to flow freely around you.

Rolling Up Your Sleeves

You may be wondering how exactly you “increase the flow” of negative ions. Get ready to roll up your sleeves and handle your negative ion situation while at work with this brief list of tips:

As probably the easiest and most intuitive access to negative ions, opening a window is a surefire way to invite those negative ions inside, regardless of the weather. Just by opening a window, you may be inviting as many as  1,000 negative ions per cubic centimeter of air into the workplace for everyone to enjoy, although it’s probably not the best choice in the winter months, depending on where you are located.

Another option, weather-permitting, is to spend or  split your break or lunch outside. It may not be the best option every day, as ion concentration is largely dependent on many factors.

Proving ideal during the winter months, if you are able to persuade your employer to purchase a few  negative ion generators placed strategically around the office, you and your colleagues can enjoy the constant flow of negative ions without worry. After all, opening a window does let the negative ions in, but it also lets in positive ones, as there may be pollutants where your office is located.

If opening a window, giving up some of or all of your break to go outside, or getting your employer to fund negative ion generators are all out of the question, you can always take matters into  your own hands and supply your own negative ion bracelet. And who knows? Maybe you can convince your employer to fund negative ion bracelets for the whole office. It could wind up being the cheapest option for them, when it comes to providing protection against positive ions.

Make Your Own Ions

Not literally, but it is within everyone’s power to generate their own negative ions through the tips we have provided above. If you can’t sell your employer on the idea of equipping workers with the added productivity negative ions may provide, you can always go a step further and  empower yourself with negative ions from our vast selection of performance and lifestyle accessories .